A woman who is considering adoption in Nevada may notice a few ways she may be referred to during the adoption process. A handful of examples could be pregnant woman, expectant woman, expectant mother, birth mother, or biological mother. The most common name used at Adoption Choices of Nevada is “birth mother” after a pregnant woman decides to follow through with her child’s adoption. Though she may now have a common name with other pregnant women, it does not mean she is less special.

Every adoption story is different, and that means no birth mother should be treated numerically or just as another client. An adoption is a special and sometimes difficult time for a birth mother. Many changes are happening in her life which can be uncomfortable if she is called many things incorrectly by her family and friends. Considering how adoption agencies in Nevada refer to a woman during the adoption process can be a gracious move for all participants during the adoption journey.

First, when it comes to positive adoption language, all participants, including the birth mother, need to remember how special adoption can be for those who experience it. With this in mind, words are chosen more carefully to make the experience peaceful. If a woman was referred to as a “real mom” instead of a “birth mother,” she may feel guilty about her child’s adoption. The word “real” may be accurate, but it has a bluntness that can be damaging to a birth mother’s heart. This goes the same with the term “biological mother.” While a birth mother is truthfully a biological mother, calling her that may provoke her to feel a tragic separation from her baby. Referring to a woman as a mother only by the acknowledgment of shared DNA can sometimes be unintentionally demeaning. The more careful you are with your choice of words, the more you are utilizing positive adoption language.

When is a Woman Actually Considered a Birth Mother?

It can be easily misunderstood when a woman is considered as a birth mother. The most frequent misunderstanding is the idea that a woman is a birth mother only after her baby is adopted. On the contrary, a woman can consider herself as a birth mother the first day she is pregnant. The title of birth mother is not finalized through a completed adoption process; it is instead based on an existing promise a pregnant woman may have to find her baby a home.

With that being said, birth mothers are also many other things in one. Names such as pregnant woman, expectant woman, and expectant mother are all part of the birth mother experience.

Why It’s Important to Understand the Term, Birth Mother

As previously mentioned, all pregnant women with a desire to find their children a home are known as birth mothers. The importance of this name, and the others that follow, can be used to uplift women and adoptive families. For a woman, she can feel deeply appreciated if she is acknowledged as the birth mother the moment she decides to find her baby a loving home. For the adoptive family, they can see the beauty in their adoption when recognizing the dedication a birth mother may have given for them.

Whether a woman is referred to as pregnant, expectant, or as the birth mother, using the terms with intentionality can be a form of affirmation. A small moment for a birth mother to be recognized as dedicated and courageous can bring her so much joy. These names have their purpose in the medical field, but they can bring out the best in a birth mother’s adoption journey if used with love.

Adoptions come with many life-changing factors that can be hard for the birth mother to face if she is not supported soundly. Our kind actions made for others during the adoption process are essential, but it is easy to forget intentionality with our words. Adoption Choices of Nevada wants to remind both the birth mother and her supporters that the way we speak to one another can make a huge difference during the adoption process. With positive adoption language and the correct use of the term “birth mother” and similar titles, the beauty of adoption can really shine.

What more would you like to learn about Nevada birth mothers and adoption? 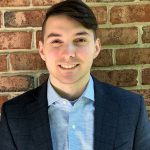 Meet the Author: Joseph DiPietro is a young writer, cultivating work between fiction and content writing as a means to expand his skills beyond what would be considered comfortable. With experience in graphic design and journalism, he finds his voice to be best suited in between the two. This provides room for personal inspiration through his fiction work while also taking part in the creative market through content writing.

With this dual passion for writing and visual art, Joseph’s goal is to provide excellent content for those who love to read, write, think critically and admire creativity.