Is Choosing Adoption in Nevada Giving Up?

That is a bit of a startling title, isn’t it? Sadly, there used to be a time when the main term for going through with adoption was “giving up your baby for adoption.” It was a really poor choice of words, and it is still being used today, despite there being a new term to take its place. Thankfully, words change over time and there’s more positive adoption language that is associated with the adoption process.

While we here at Adoption Choices of Nevada no longer use the term “giving up for adoption,” we know that not everyone knows the correct term. That said, let’s look into why the answer to, “Is adoption giving up?” is simply no.

Where did the Phrase, “Giving Up for Adoption” Come From?

Way back in the olden days of 1880 is when the term “giving up for adoption” first appeared. This was during a really tough time in history where children were placed on stage and given up to landowners for money. Needless to say, it was a challenging time to be a parent when money was needed. Was it the best way? No. But, back then, you had to pick between living and making sure your child got fed too.

The term, “giving up for adoption,” started there and from there it stuck. It has a really negative connotation to it, though, making it seem like adoption is a bad thing — particularly if you are a birth mother. Thanks to the media and other social factors, this hasn’t really changed either.

How “Giving Up” has Been Used Until Recently

The media likes to add to the drama and give things the flare to pull at your heartstrings. How could a mother give up her child? If we had sound effects for these blogs, there would be a record scratch here. By indicating the mother “gave her child up,” it pulls at your heartstrings to feel bad for both parties and makes the adoptive parents the heroes of the story.

Because of the media, most adoption agencies are still using the term “giving up for adoption” in order to bring people in. Why? Well, it comes down to what people know. You can’t be found if people don’t know what to look for.

However, if you are a birth mother in present day considering adoption, you are not “giving up” your child for adoption. You are placing your child for adoption. Why the change in wording? Because you aren’t “giving up” anything to do this for your child. Giving up indicates a really negative outlook on the situation. It makes you, the birth mother, look bad, and it makes the adoptive parents look like heroes because they swooped in and adopted a child that was seemingly unloved. The truth of the matter is that that is the furthest thing from reality.

The Better Adoption Term to Use

The correct term is, “placing your child for adoption.” You never gave up anything. Simple as that. A child is not something you “give up” or cast aside like you would an unwanted object. No, you are in control of your choices. You choose to put your baby up for adoption.

You love your baby so much that you decided that adoption was the right choice. You made an adoption plan, took the time to interview potential adoptive families to make sure they fit your child’s needs, found the help you needed to make sure your pregnancy is the safest and best it could be, and you made a loving, selfless and brave choice. You didn’t “give up” on your child. You chose to love them so much you put their needs in front of your own.

Adoption isn’t giving up. It’s choosing love. If someone says you gave up, know that you didn’t. Know that you loved your child so much you chose to do what was best for them, even if that meant you weren’t going to be their parent.

If you really look at adoption, it is built on the foundation of love. Both you and the adoptive parents are building a family on love, and that can’t be beat.

Is Adoption Giving Up?

The simple answer is no. As the birth mother, deep down, you know that better than anyone. You never gave up on your child. You simply decided that you wanted to do what was best for them. That isn’t something that can be chalked up to giving up.

When you made the choice to go through with adoption, you made that choice with love and wanting the best for your child. Now you know that the best term to use is “placing your child for adoption,” as that is what you did. Choosing adoption is not giving up. 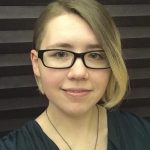 Meet the Author: Tia Kitchens is a college graduate with a B.S in Psychology from Capella University who has always had a passion for three things: animals, writing, and mac ‘n cheese. Two of these three are things she has based her work around. Animals are a big impact on her life due to her love for helping others through difficult situations. Through her studies, she has found the human-animal bond is strong enough to help others. This, paired with her writing, helps her record her findings and teach others through her words.

Her goal is to make a change in the world with her words and end up on someone’s inspiration Pinterest board! Being a key quote on someone’s Pinterest board it shows her words have a huge impact on people. They say a picture is worth a thousand words, but if that picture is just words it surely means more that way! To learn more about her, follow her on Twitter and Instagram!