The History and Future of the Surrogacy Process in Nevada

While it has gained in popularity in recent years to build a family, the surrogacy process in Nevada is far from a new idea. Infertility issues have plagued people as long as people have been trying to have babies. Traditional surrogacy, in which the surrogate is also the child’s biological mother, was an early solution. Historically, maidservants and younger relatives often became surrogates to help a family produce heirs when the wife struggled with infertility. Even the Bible makes references to surrogacy as a legitimate means to building a family through the Old Testament story of Abraham and Sarah.

While people have been using surrogates in their own way since the dawn of human history, modern surrogacy began its sometimes-dubious journey to legitimacy in the mid-1880’smid-1880’s. Here’sHere’s a brief timeline of important dates in modern surrogacy.

Since the “Baby M” case concluded in 1986, the concept of the surrogacy process in Nevada has undergone a lot of changes. At first, as other states continued to place restrictions on traditional surrogacies and, unfortunately, surrogacy in general, so did Nevada. Later, as Nevada state legislators developed more ways for intended parents to protect their parental rights in surrogacy (for example, pre-birth orders), surrogacy began to grow in popularity again. Agencies such as Adoption and Surrogacy Choices of Nevada became more prominent, making it easier for both hopeful parents and prospective surrogates to become better informed and, ultimately, to safely participate in the process of gestational surrogacy.

Nevada is considered a very surrogacy-friendly state with some of the most detailed surrogacy laws in the United States. Instead of making it more difficult, the precision with which Nevada legislators have crafted these laws helps both the surrogates and intended parents navigate their surrogacy journey more safely and smoothly.

Today, Adoption and Surrogacy Choices of Nevada provides expert, professional guidance for both intended parents and potential surrogates. We perform careful background checks, medical checks, and comprehensive evaluations to match a hopeful parent or parents with just the right surrogate for them. We make sure our surrogate mothers receive fair surrogacy compensation as well as coordination of all of her legal and medical services.

What does the Future Hold for Surrogacy in Nevada?

Estimates are that between 1,000-1,500 babies are born each year via gestational surrogacy in America. With our surrogacy-friendly laws and experienced surrogate agencies, Nevada is leading the way to building families for more and more hopeful parents through gestational surrogacy. Whether you’re struggling with infertility, single and wanting to parent a child, in a same-sex relationship, or considering gestational surrogacy for another reason, the surrogacy professionals at Adoption and Surrogacy Choices of Nevada can help. 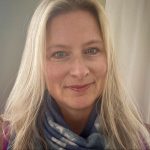 Meet the Author: After graduating from the University of Michigan with a degree in Education, majoring in English and Social Sciences, Brianne Davis has spent her adult life as an educator; first in the public schools, later through martial arts. Her ability to convey difficult concepts, navigate varied learning styles, and always keep it interesting defined her reputation as an impactful instructor. Many of her early published blogs centered on the goal of helping other instructors effectively teach children for whom learning is a struggle. Once an empty nester, she committed to sitting in traffic less and writing more. With those goals in mind, she, along with her husband and dogs, packed up, sold their family home and moved to the banks of the Columbia River in Central Washington’s wine country, where the pace of life is slower and the sun shines brighter. Realizing in our modern age, more of us turn to the internet for information than ever before, Brianne, now dedicates her time to educating others through blog writing.

As a life-long information junkie, Brianne enjoys taking deep dives into new topics, then condensing them in an interesting way to convey valuable information in a relatively short amount of space. Once her career, Brazilian jiu-jitsu, and mixed martial arts remain hobbies, along with boating, reading, and traveling.